The atlas aims to respond to the limitations of documentary thesauri, which do not allow for the treatment of transversality. In its construction, the atlas does not adopt a tree-like approach but a latticework approach, sorting out from the possible combinations, those that are relevant to the action (what are the right reference points?).

It is based on the intersection of two founding questions of CITEGO :

In order to build the matrix, the fundamental dimensions from which relationships are created were therefore determined. These dimensions are the broad categories that account for what a territory (= its components) and governance (= the angles of approach) are. 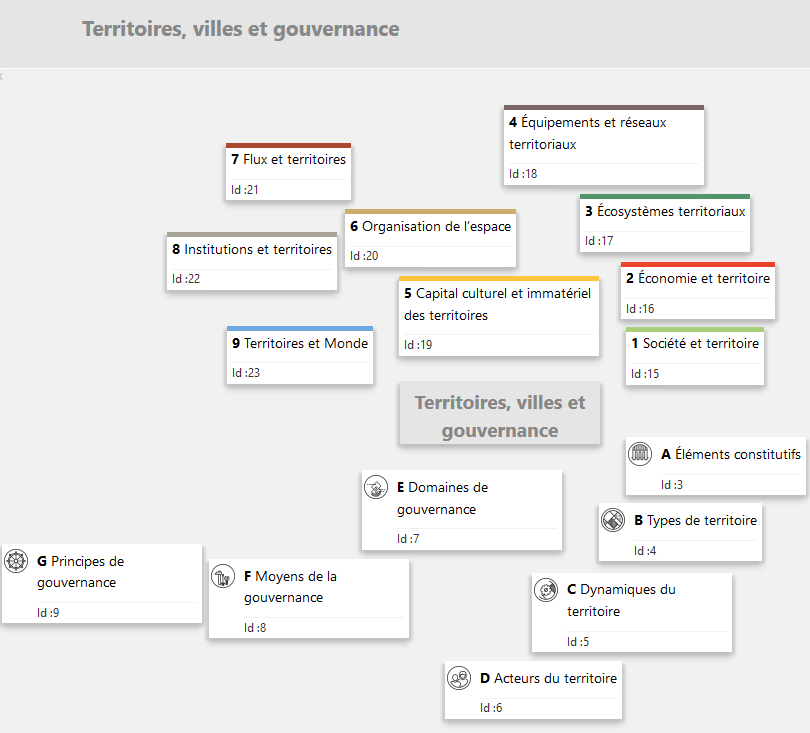 Components (one color per component)